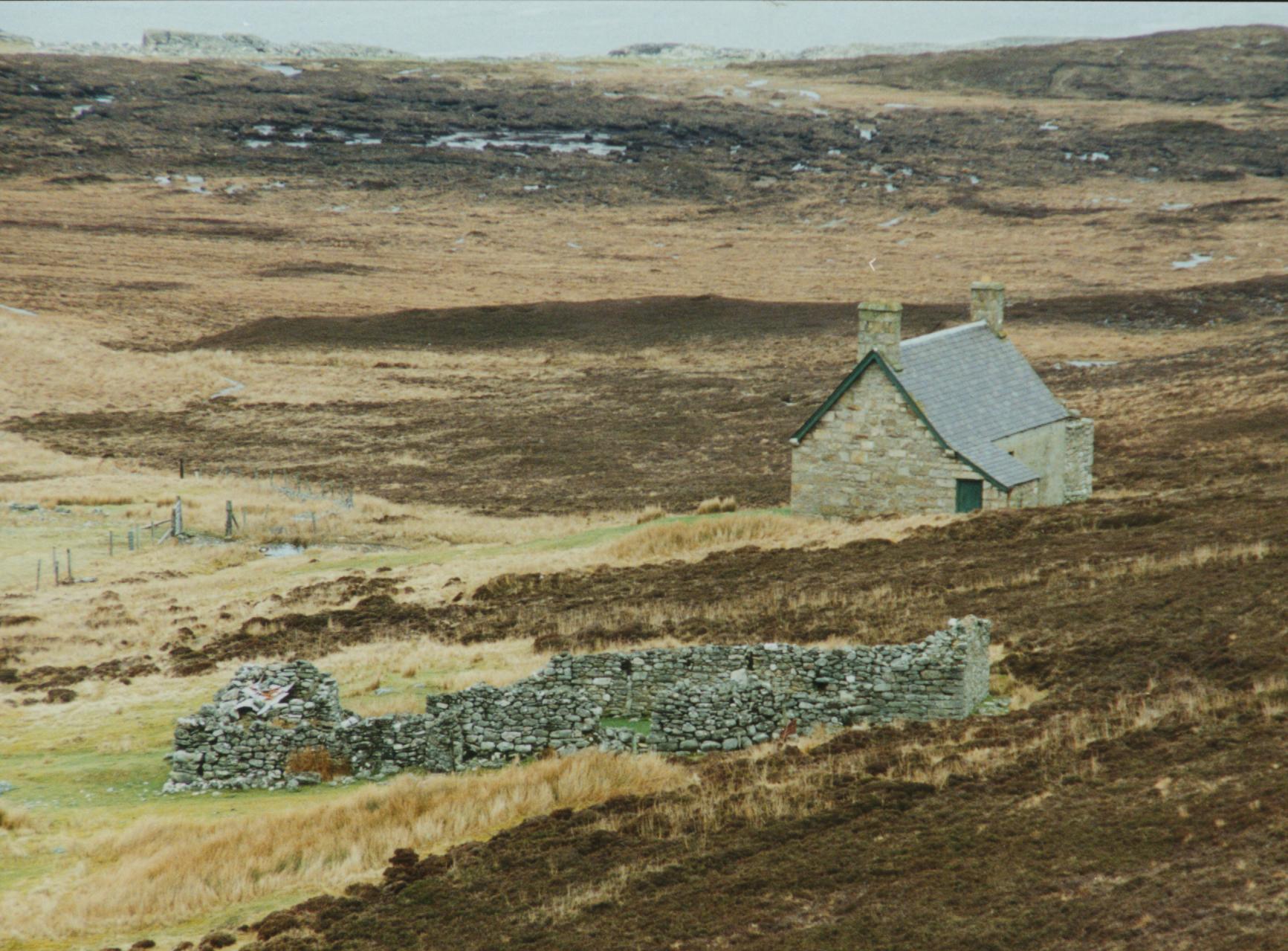 Thomas Kerr Armstrong Grant was born at the remote shepherd's house at Freisgill, Sutherland in 1885 to the shepherd, William McDonald Grant and his wife Mary Armstrong.   He was the fifth of six surviving children, the others being Donald, Janet, Wemyss, Mary and Elizabeth. 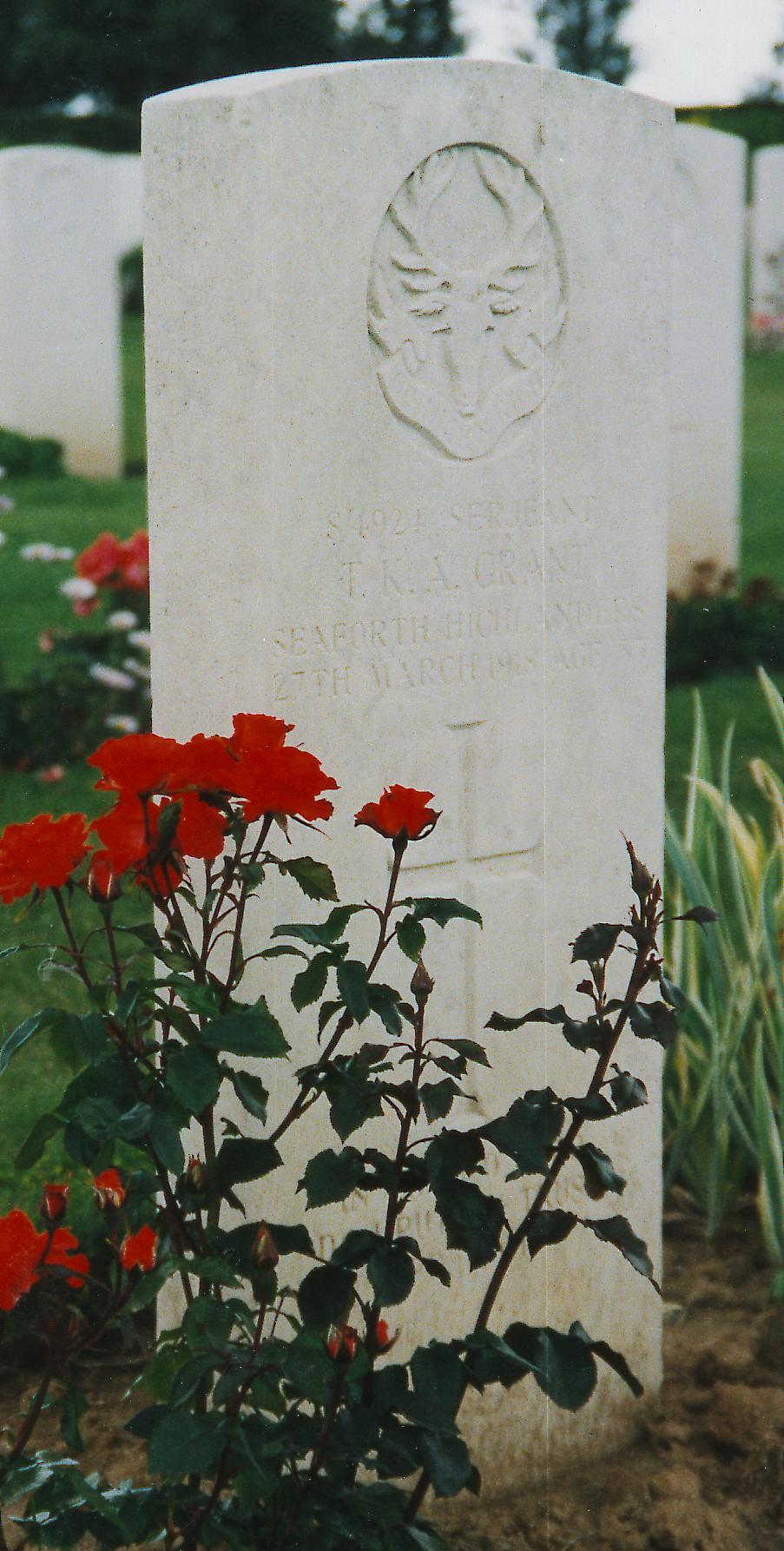 The grave of  Serjeant T K A Grant, Warloy-Baillon

Mary died on Hogmanay 1887 and is buried at Alltnacaillich, Strathmore.  William eventually moved back to Caithness, the county of his birth, with his family and second wife, Alexandrina Mackay.

Thomas went to Flanders with the 9th Battalion, Seaforth Highlanders.    A collection of the postcards he sent home can be found at Postcards.

A Christmas Card he sent home in late 1917 is reproduced at Christmas Card.    He had risen to the rank of Serjeant when he was wounded
in the German advance in the Spring of 1918.     He died of wounds on 27th March and is buried at Warloy-Baillon Communal Cemetery Extension.
He is remembered on the War Memorial at Berriedale, Caithness.