The above references only cover use of the name Allnabad during the late nineteenth century.     It seems likely that it was populated before then, possibly using the name Druim-na-Druinn (named after the local stream) which appears on maps of the time although I haven't traced any such references.    In addition to the land on which the contemporary shepherd's house stands, there is a further area surrounding the stream which appears to have been cleared, terraced and occupied at some other time, presumably earlier.    The following pictures show this site and its relationship to the house.

Return to Strathmore and Loch Hope

Return to Places of Interest 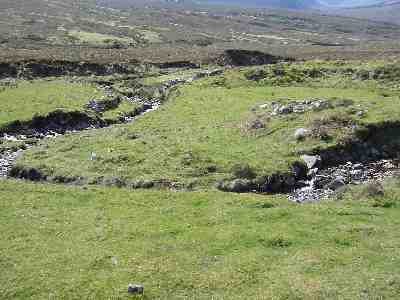 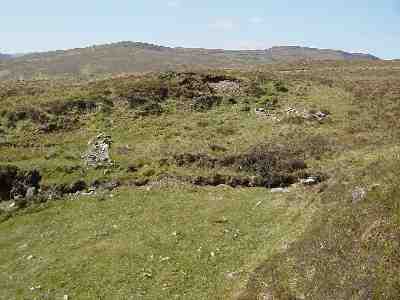 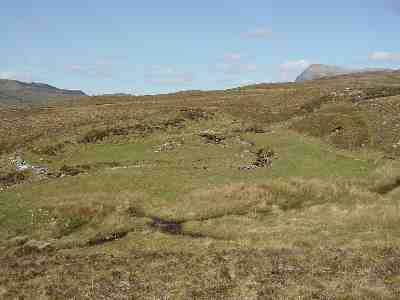